Children of the Snowland Documentry 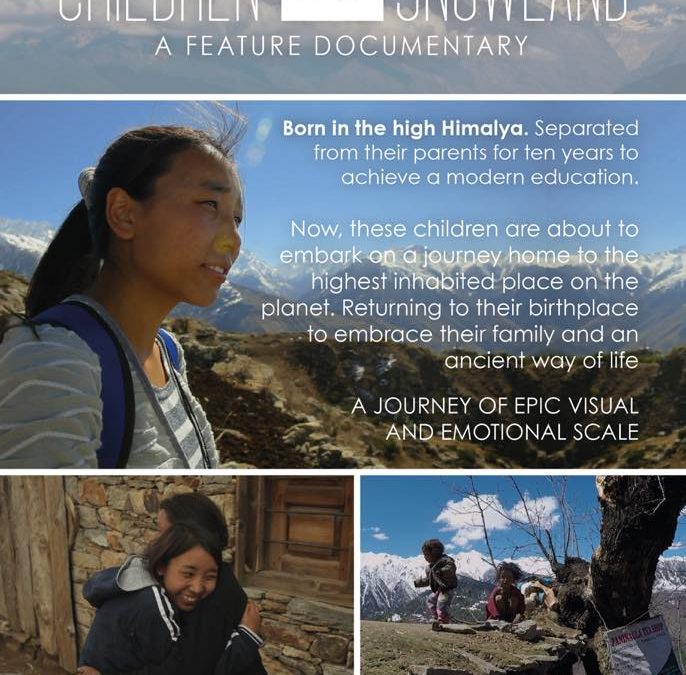 When Children in the High Himalayas are opened to the door of education, their struggle and the separation from their families for more than 12 years is not by choice but for the sake of  future education.

The Documentary by Zara Balfour and Marcus Stephen showcases the story of our children from Snow Land Ranag light of Education- Tsering Deki, Nima and Jeewan, who were given away by their parents at the age of four or five years old and given free access to education and a second home to call family by Guru Rinpoche, a simple monk from Dolpo. The documentary was officially selected for Kathmandu International Film Festival (KIMFF) and our students had the opportunity to present their story.

The story revolves around the group of children form SnowLand Ranag Light of Education who were born in the High Himalayas of Nepal. Hailed from this remote, rugged yet utterly beautiful region they were sent away by their family at the age of four or five only never again had the chance to see their family for more than 12 years.

After graduating from School, they make their individual journey that encounters rugged, struggle and lengthy journey that brings excitement in seeing their family for many years. The journey opens to them the experience of both worlds: brought up in this technological, social media, modern advances they learn traditional knowledge from their family.

Waiting farther away is their family, who embraces them after many years and When Nima finally crosses many passes and Snowfalls, only to see the joy of seeing his father. The reunion in the end is utterly a moment of joy to these children of Snow Land. And then in the very same moment, earthquakes strikes in the capital.